March 15, 2017, Knoxville, TN – Each day, 500 people in America undergo amputation, and more than half of all amputations are a result of vascular disease. In addition, every year more than 1,000 babies are born with a limb difference. And by 2050, 3.6 million people in the U.S. will be living with limb loss. These numbers illustrate the breadth and impact that limb loss and limb difference have in the United States alone. These are just a few of the facts the Amputee Coalition hopes to bring to light during the month of April – and beyond.

The Coalition, the leading national nonprofit patient advocacy organization for people affected by limb loss, has designated April as “Limb Loss Awareness Month”. Throughout April, events and other activities across the nation will increase awareness, educate the public and policymakers, and celebrate the limb loss and limb difference community. In conjunction with the month’s efforts, the Amputee Coalition is also launching an aggressive campaign, Amplify, to encourage people with limb loss and limb difference as well as their allies, family and friends to advocate for the right to medically appropriate care. Many individuals face challenges in getting appropriate medical and prosthetic care paid for. Individuals regularly face insufficient coverage and/or long paperwork battles to get the appropriate device for their needs, or are simply denied.

“Speaking up for yourself and speaking out for others is critical now more than ever,” said Jack Richmond, President and CEO of Amputee Coalition. “With access to appropriate care being so vital to reaching your full potential, and since I live with limb loss, I am especially passionate about amplifying issues of prominence and raising the voice of our community.”

The Amplify Yourself initiative and focus on Limb Loss Awareness Month will not only raise the volume on these issues but provide the limb loss and limb difference community and their allies with direct means to write to insurance companies and legislators. To write, learn more and take part in Limb Loss Awareness Month people can go to AmplifyYourself.org. You can also follow the Coalition on Facebook, Twitter and Instagram and attend Hill Day on April 25th and 26th in Washington, DC, where citizens affected by insufficient insurance will meet with legislators to educate them and underscore the need for comprehensive prosthetic care. 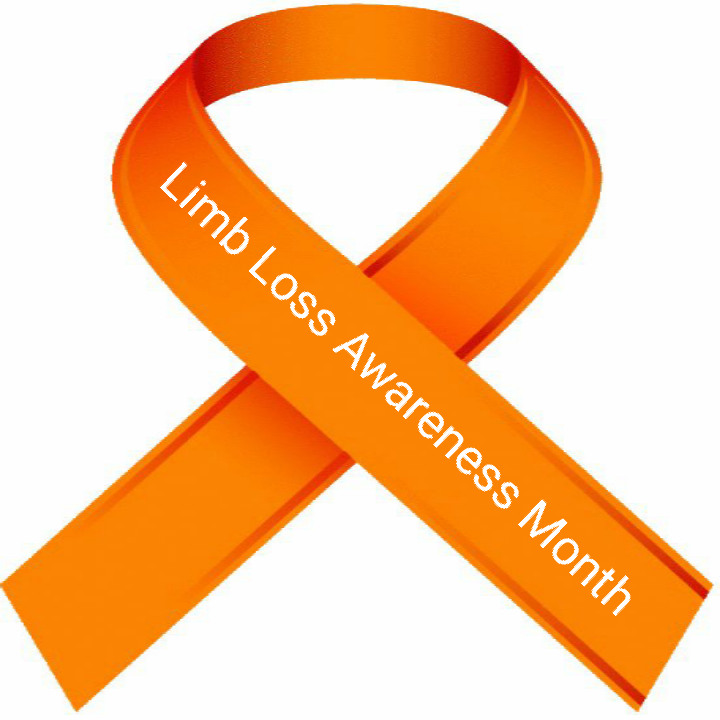 Be sure to join the Amputee Coalition on social at:
Facebook.com/AmputeeUSA/
Instagram: @AmputeeCoalition
Twitter: @AmputeesUSA
And join the conversation with our campaign hashtag, #AmplifyYourself